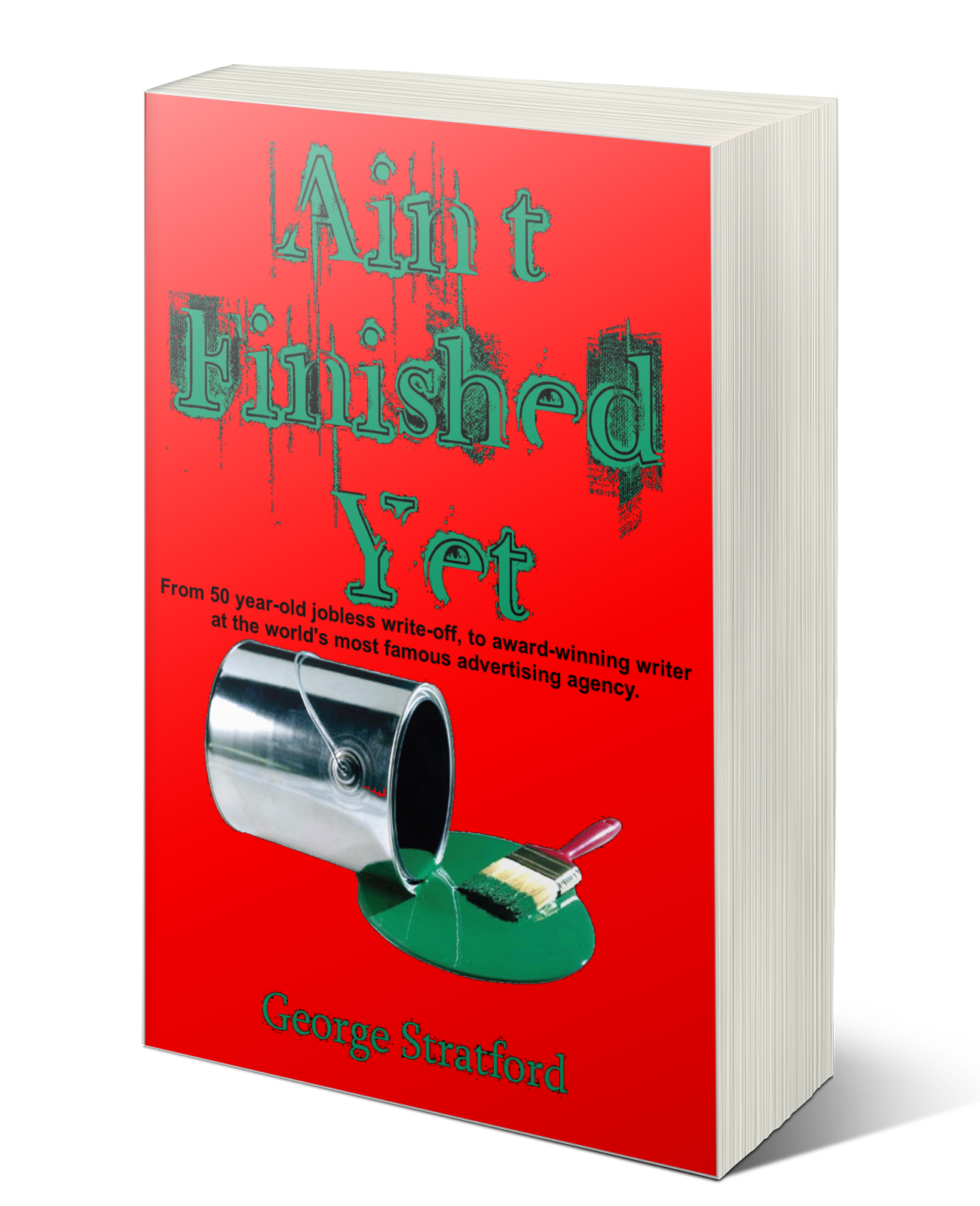 From fifty year-old jobless write-off, to award-winning copywriter at the world’s most famous advertising agency.

There’s no denying it, I’d become a bum. Worse than that, I was an unemployed bum with no educational qualifications whatsoever to my name during the recession of the early 1990s.

So how the heck did I make this huge leap and find myself working in the Mad Men world of major league advertising at Saatchi & Saatchi, London? Oh, and by way of a bonus, also get to live out my very own fifteen minutes of fame that pop art legend Andy Warhol promised everyone way back in 1968.

From the BBC to the British national press, for a short while it felt as if everyone in the media wanted to talk to me. But the truth is, none of it would have happened without a great big dollop of luck and help from some wonderfully generous people along the way. This memoir will tell you all about the amazing, amusing, heart-warming, great, (and not-so-great) experiences that I encountered in one simply magical six-year period.